“I have looked to the Steinway piano since I was three, not only as my ideal choice of an instrument, but as a responsive and ever reliable friend.”

American pianist, composer, orchestrator and educator, Steinway Artist Ahmad Jamal is lauded as one of the most influential musicians and bandleaders of all time. He discusses his influences and approach to music with Soundboard producer/host Ben Finane, Editor in Chief at Steinway’s award-winning online music magazine listenmusicculture.com.

American pianist, composer, orchestrator and educator, Steinway Artist Ahmad Jamal is lauded as one of the most influential musicians and bandleaders of all time. Born in Pittsburgh, Pennsylvania in 1930, Ahmad Jamal started playing piano at the age of three and began studies with the renowned educator, director and organizer Mary Cardwell Dawson shortly thereafter. He absorbed music, and was soon studying the scores of Bach and Count Basie, Beethoven and Nat King Cole, Franz Liszt and Art Tatum. It wasn’t long before he was immersed in the influence of jazz artists such as Earl Hines, Billy Strayhorn, Mary Lou Williams, and Erroll Garner. By the age of 14, he was already playing piano professionally and had been recognized by the legendary pianist Art Tatum as a “coming great.”

An NEA Jazz Master, Grammy Lifetime Achievement Award winner, and Kennedy Center Living Jazz Legend, he was inducted into the prestigious Order of the Arts and Letters by French Culture Minister Renaud Donnedieu de Vabras; the American Jazz Hall of Fame; and Down Beat Hall of Fame. Trained in the European Classical style and in traditional jazz — or American Classical Music, as he prefers to call it — Jamal grew up in a time of exponential musical change in the United States. He was raised in the big-band era, came of age during the bebop years and evolved constantly throughout a period of electronic sound and innovation. For a musician so often referred to as having conceptualized his ensemble’s framework as orchestral, it is no surprise that he first left home to embark on a tour with American trumpeter and bandleader, George Hudson’s Orchestra. With an ear bent toward timbre, he joined The Four Strings a year later — an ensemble whose membership included Joe Kennedy Jr. on violin; guitarist, Ray Crawford; and bassist Tommy Sewell. The group disbanded and reconfigured, catching the attention of record producer John Hammond (known for discovering such seminal voices as Billie Holiday, Benny Goodman, and Count Basie), who signed The Three Strings — later the Ahmad Jamal Trio — to Okeh Records. 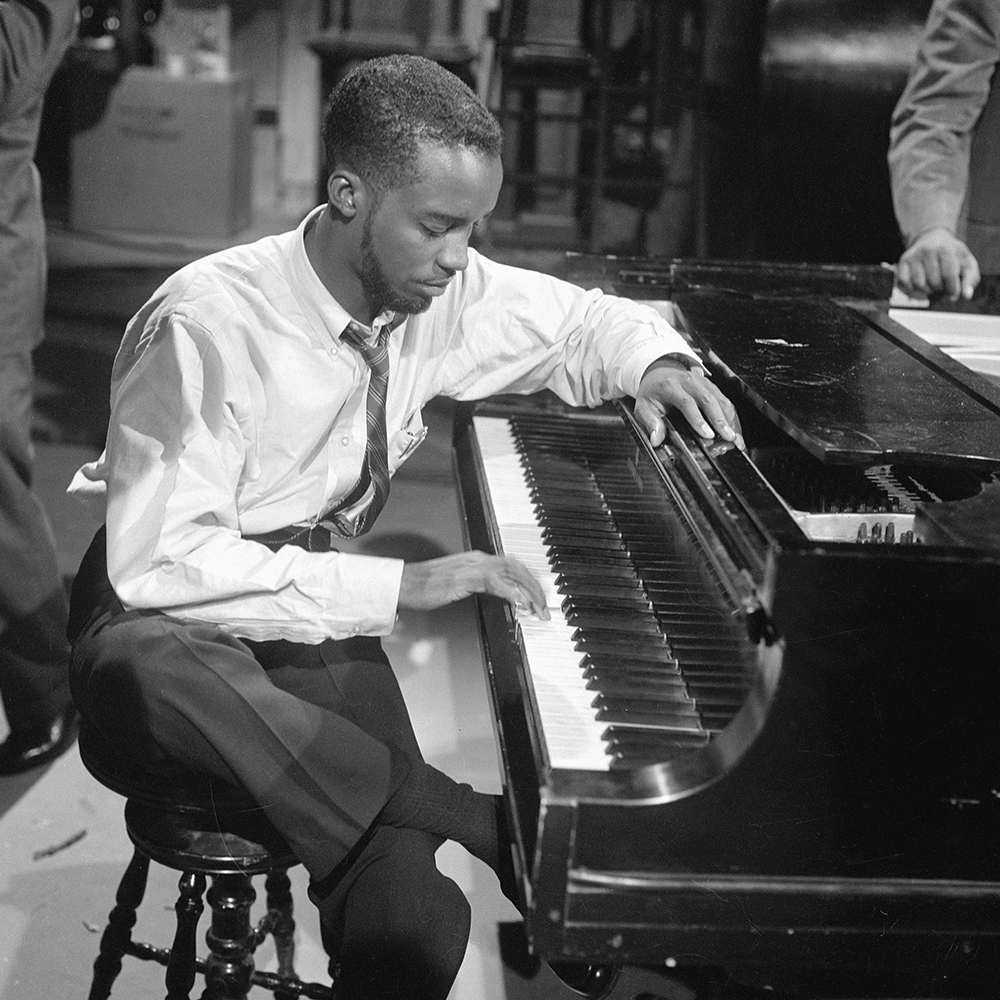 After some initial success with the newly formed ensemble, the Ahmad Jamal Trio was installed at Chicago’s Pershing Hotel. Joined by bassist Israel Crosby and drummer Vernel Fournier, they recorded and released a selection of the evening’s tunes on a live album, At the Pershing: But Not for Me, on Argo Records in 1958.

The album included standards — reimagined and utterly refreshing in the hands of Jamal — and an arrangement of the Nat Simon and Buddy Bernier tune “Poinciana.” It was a major diversion from the zeitgeist. Were you to pop into almost any other club that evening, you might have heard the complex harmonic substitutions progressing at breakneck speed, driving rhythms, and blinding virtuosity so emblematic of the bebop and hard-bop eras. But the music that night at the Pershing was spacious. It was danceable, it was subtle — and it was absolutely radical. The album was met with a degree of establishment resistance at first, but quickly caught the attention of those in and outside the jazz world — it reached the coveted number-one on the Billboard charts where it remained for 107 weeks. Widely regarded as a massive hit, his rendition of “Poinciana” appeared on jukeboxes, became dance music, and was later sampled by the rappers, poets, producers, and beat-makers of present day hip-hop. Nas, Common, J Dilla, Jay-Z, Pete Rock, and DJ Premier are just a few of the many artists and producers who have since sampled this and later Jamal work. Two of the album’s tunes enjoyed success on the silver screen as well — “Poinciana” and “Music, Music, Music” were featured in the 1995 Clint Eastwood film The Bridges of Madison County. At present, over one million copies have sold.

Prioritizing timbre and placement, time and space, and always choosing the efficacy of single line over the at-the-time more popular pairing of density and speed, his playing is described as being orchestral by some, and like chamber music by others.

“Jamal invented a group sound that had all the surprise and dynamic variation of an imaginatively ordered big band.” 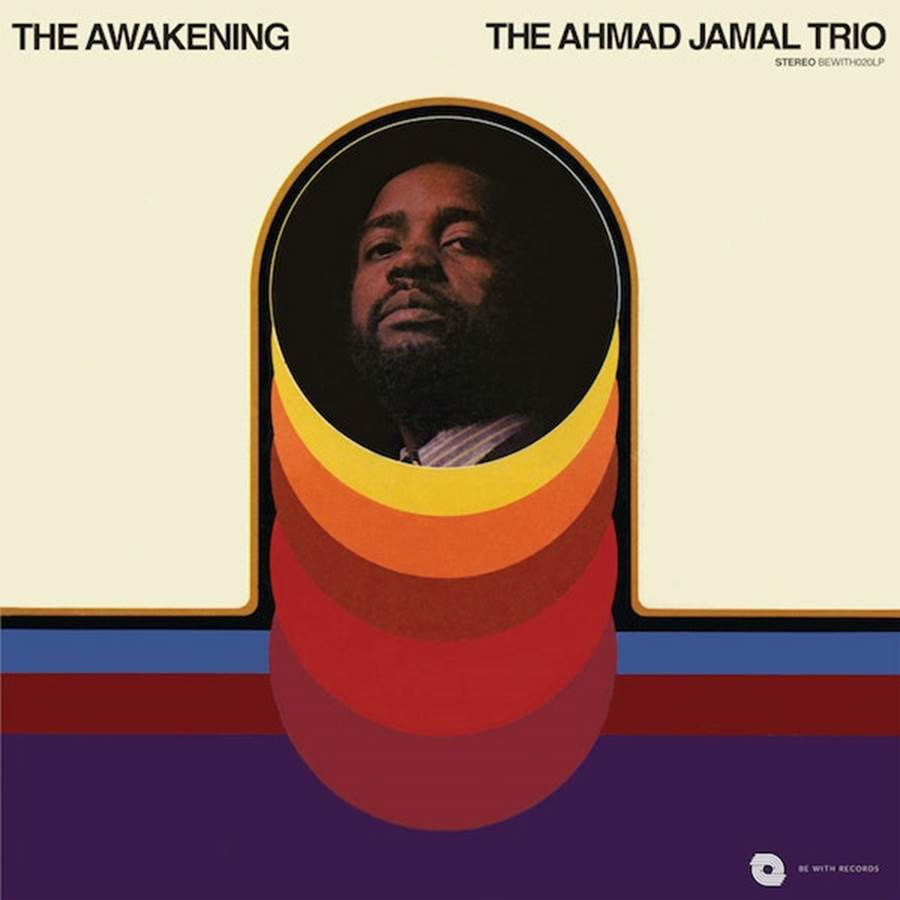 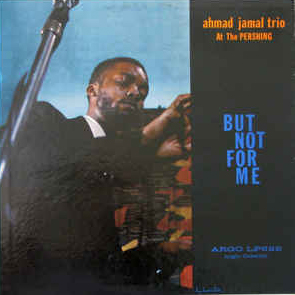 Music and culture critic Stanley Crouch writes about Jamal’s unique musical style in his book, Considering Genius: “Through the use of space and changes of rhythm and tempo, Jamal invented a group sound that had all the surprise and dynamic variation of an imaginatively ordered big band.” Those who have been so fortunate to perform alongside him describe his playing and comping style as conversational. His expressive phrasing poses questions, comments, and concerns. His music breathes, has life, is poetic and purposeful in its direction.

Jamal’s playing in the 1950s signaled a movement toward the new style of music championed by Miles Davis. There was an elegance and a groove to his ensemble’s sound, to say nothing of his immaculate pianism. Davis was profoundly affected by Jamal’s music, writing in his autobiography, “[He] knocked me out with his concept of space, his lightness of touch, his understatement, and the way he phrases notes and chords and passages.” And while Miles Davis may be his most famous advocate, Jamal’s musical devices are credited as having helped pave the way for jazz masters like Bill Evans, Herbie Hancock, and McCoy Tyner. Contemporary exponents of American Music including Jason Moran, Vijay Iyer, and Robert Glasper continue to look to Jamal — for his dynamic touch, rhythmic feel, and reverence for the music. He is touted by Mr. Crouch as being a true innovator of the jazz tradition — second only to Charlie Parker in the trajectory and development of this high art form. To say Ahmad Jamal altered the course of American music would be an understatement.

In an astonishing and lengthy career, Ahmad Jamal has released something in the neighborhood of 70 albums. He holds an Honorary Doctorate of Music from The New England Conservatory and a Smithsonian Institute Distinguished Service Award. While still writing, recording, and touring, he continues to serve the community. Together with his manager, Laura Hess-Hay, he mentors and manages the career of the pianist Hiromi. In an interview with JazzTimes, Jamal says “I’m making new discoveries, musically and otherwise every minute, every second. There’s a mystery to this life, there’s a mystery to music, there’s a mystery to writing, and you have to try to unlock them. I’m still unlocking, much to my delight.”

Ahmad Jamal has been a Steinway Artist since 1964.